Google’s advances in bringing Augmented Reality (AR) to the web are continuing.

AR is currently mostly used inside dedicated mobile applications. With the gaining popularity of AR, these users could move away from the “traditional” web browser-based search that Google is monetizing through paid search ranking. If brands would move away from the traditional browser-based internet to seek other forms of advertising, marketing budgets would be spent elsewhere. This is why Google is ensuring that content and the search for it, is staying where it is – on the web.

The web has been the native environment for online marketers for almost two decades, so I am looking forward to AR becoming one of the standard technologies at our disposal.

Once AR becomes a native technology on the web, this is an amazing opportunity for marketers. The app that is causing friction when bringing AR content to users is going to disappear and AR content is going to be as readily accessible as any other form of content inside a web browser.

A common standard will bring robustness

Google’s involvement is going to make sure that there is a common standard, as Chrome and Mozilla are going to adopt the same standard and Safari is likely going to follow on a similar path. The current announcement of the Mac Pro is just an example that Apple is also serious about including AR into their marketing.

The exciting newness of WebAR

AR-based marketing is still a novelty. Even though the number of AR users is growing, there are still a lot of users have never been exposed to AR and its effect on first-time users, especially in marketing, is groundbreaking. Click-through rates are usually in the double-digit area.

Especially for goods like clothes or wearables, AR can not only increase sales but also reducing return rates drastically. There is nothing like trying things on.

We are seeing the first Web AR marketing campaigns appearing on social media. Those are mostly based on proprietary AR solutions as the major web browsers do not yet support the technology.

We expect this to change at the end of 2019 or early 2020. We will keep you updated about new developments in Web AR. 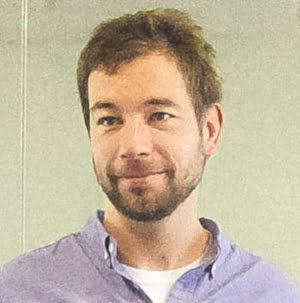 WebAR as a strategy to boost customer engagement

What is WebAR and what do we love so much about it?

Geo AR, on a treasure hunt